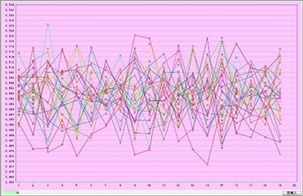 It is possible to save status information, inspection data, and measurement data, and to take statistics.

VDA is a monitoring software tool that is used to make charts (graphs) of the inspection results of a VTV-9000 system connected to a network in real time.
It can also be used in an offline environment in which the VTV-9000 series has not been installed.

An extensive lineup of charts

Customers can choose to display the following eight types of charts according to their purpose.

Received serial data can be saved to the hard disk as a log file. 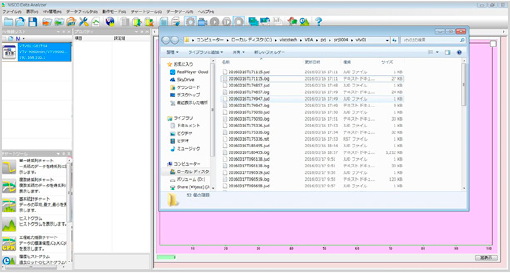 Usable in an offline environment

Saved log files can be imported offline to display charts. 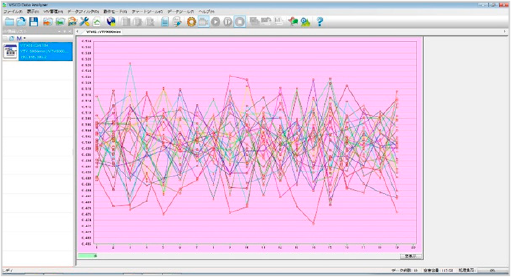 With the VTV-9000 series, the types of inspection data below can be saved. This saved data can be used to perform analyses.

Through combined use with the VTV-QCS lite, inspection data can be analyzed.

By importing VTV-9000 inspection data collected using the VTV-QCS lite to VDA, the data can be analyzed in greater detail, such as by analyzing and graphing it.