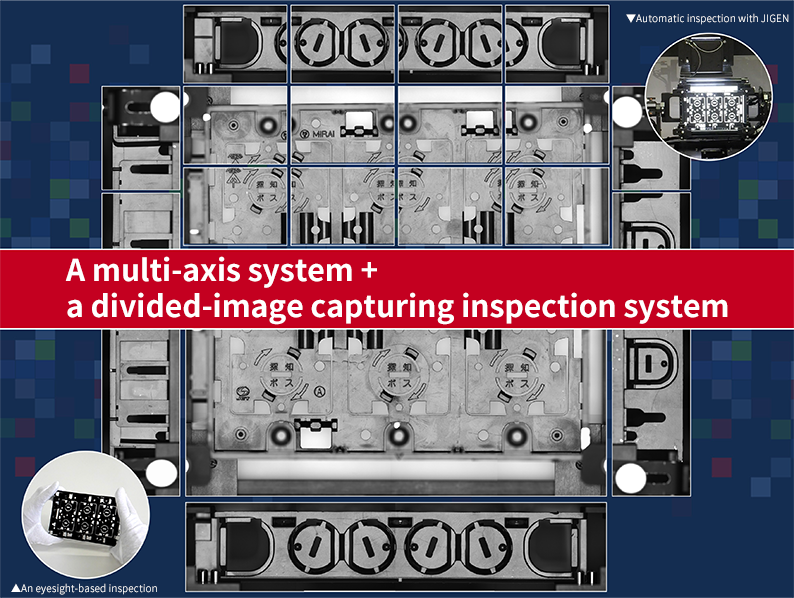 ViSCO Technologies, a company that pursues the ultimate in visual inspections under its motto "Images all the way," has once again announced a new endeavor.

The company has called its new automatic visual inspection equipment "JIGEN" (which means dimension), and the equipment's multi-axis system and divided-image capturing feature make it possible to automatically inspect products of a size (about 150 x 100 x 50 mm) that has generally been handled by eye until now with high speed and precision.

The announcement of the above equipment follows ViSCO's summer 2015 release of the MUSOU, which is used to conduct omnidirectional inspections of three-dimensional objects without blind spots. Backed as they are by advanced technological capabilities, these products are likely to expand the possibilities of visual inspections.

The JIGEN utilizes a five-axis system (X, Y, Z, θ, and tilt) to capture comprehensive images of each side of three-dimensional molded products. Regardless of which side the workpiece is conveyed to, the lighting conditions and workpiece distance are kept uniform, which minimizes the number of used parts and contributes to making the equipment more compact. In addition, the equipment incorporates considerations to ensure high-speed handling, including lightweight moving parts and a high-rigidity frame, to respond to the need to reduce the takt time. 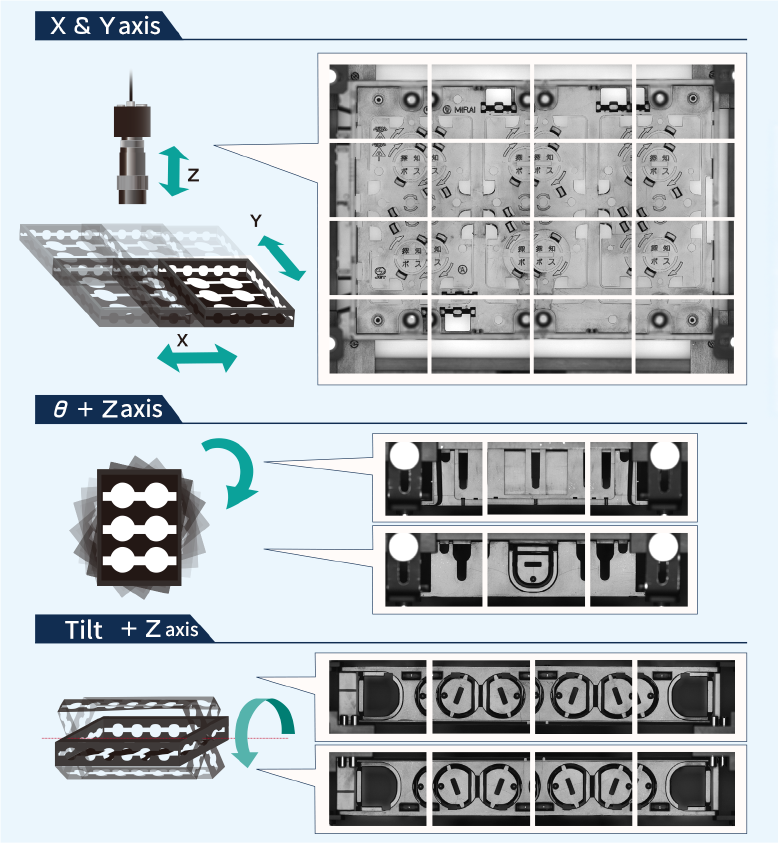 The divided images captured at high-speed by the JIGEN's system are instantly sent to a built-in image processing inspection device. The model used for the JIGEN is a member of the VTV-9000 series that offers particularly exceptional high-speed image importing and processing capabilities. After the images captured by the system's 12-megapixel camera are instantly imported, the images corresponding to the inside surface and four sides are seamlessly linked, and then an inspection is conducted to check for foreign matter (metal burrs, etc.), burrs, shorts, dirt, and other defects. 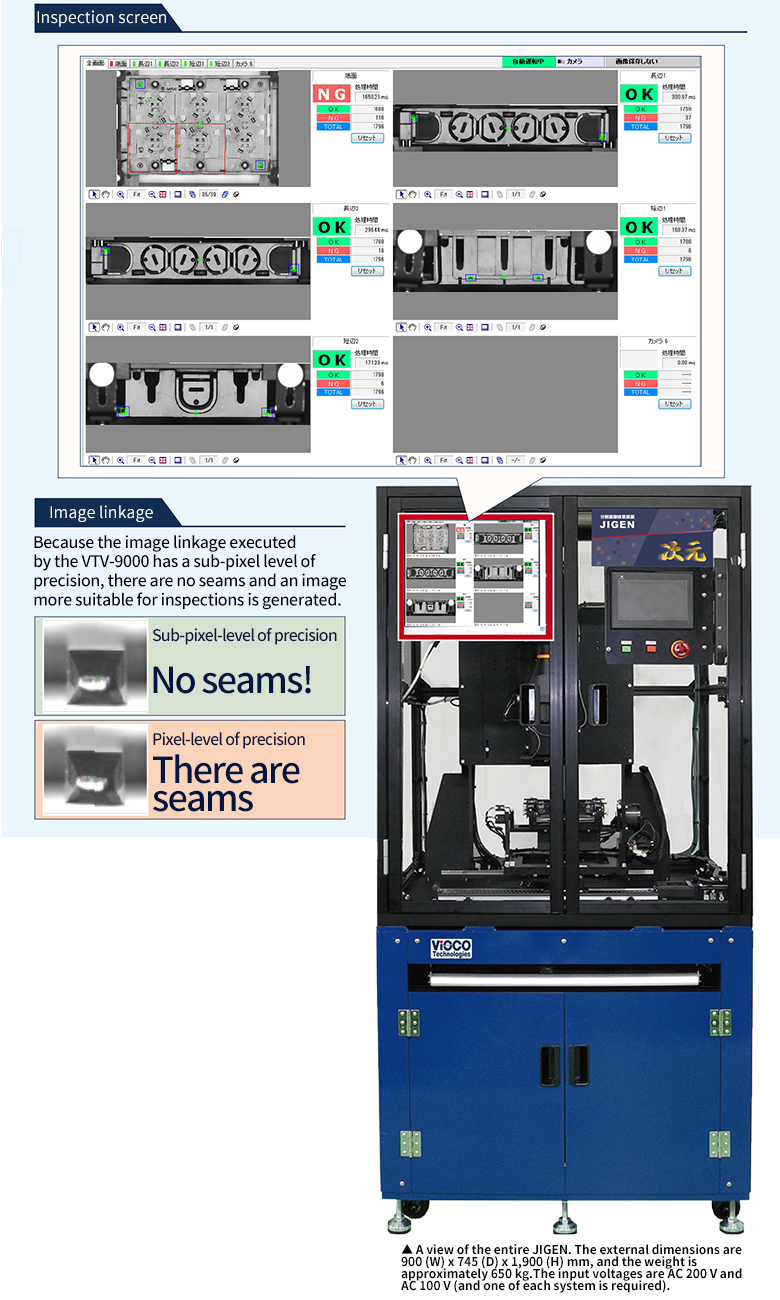 The JIGEN system is conceptual equipment that was developed to respond to image processing needs related to large electronic parts (approximately 150 (W) x 100 (D) x 50 (H) mm).
In particular, regarding inspections of the insert molded products used as sample workpieces for this system, we tried to develop a system we would be able to propose to our customers, such as by ensuring that it offers suitable inspection features and reduces the takt time enough to make it a viable image-based inspection alternative to the eyesight-based inspections that are generally conducted.

Given the relationship between the camera and lens field of view as well as the resolving power necessary to inspect large products, divided-image capturing is essential. However, when the equipment is operated at high speed in an effort to reduce the takt time, the vibrations of the equipment adversely affect the optical system and make high-precision image inspection difficult.

Because this equipment is conceptual, the workpiece is held in place by screws, but other approaches are possible upon introduction, such as using air cylinders or using negative pressure to apply suction if the product's shape and weight permit it.

In addition, it is possible to stretch the equipment according to the size of the product or otherwise handle a wide range of applications, and I think you can see that the potential targets are not limited.

I hope that we will be able to further develop our conceptual equipment JIGEN and deliver it to our customers so it can see actual use. (M.Smith)